Reykjavik, September 19-21, 2017. The project Shaking the Habitual came to an end. The motivation and background of the project is a need for more gender awareness and equality, along with a longing to expand horizons, share experience and create new ways of working towards gender equality. The main objectives of the project are to break down gender stereotypes and for everyone, staff, children and parents/caregivers to become more norm critical, in the hopes of creating a more equal society, free of discrimination and exclusion. There are four participants in the project: Agnebäcken preschool, in Harryda, Sweden which has had a gender focus for several years. Gender has been a focus area for further education of preschool teachers in the municipality and the preschool recognizes the value of expanding the issue to include an international perspective; Hjalli preschool in Iceland has a long experience of working with single gender groups, gender compensations projects, controlled mixed gender settings and gender equality and is a part of Hjallastefnan, an education company that runs both preschools and primary schools. From its inception Hjalli has maintained a strong gender equality discourse, developing distinct ways of working with gender, while looking to improve and continue to lead the way in gender equality in preschools in Iceland; Progettinfanzia in Italy which has in the last few years made efforts to create awareness around gender issues in early childhood education. In Italy the discourse on gender equality has been rather weak, however Progettinfanzia is taking part in the debate on a local, regional and national perspective. The work done on the field has focused on adults’ awareness and self-reflection staff holding the capacity of the practitioners to read and de-construct gender stereotypes and biases; Nikolaigården-Egalia, the first preschool in the world to be LGBT-certified (Lesbian, Gay, Bisexual, Transgender). Nikolaigården-Egalia has a lot of experience in the matter of gender and equality and wants to share and take part, to inspire and get inspired Each participant will host two transnational meetings with a specific theme, providing information on that theme as well as a lecture. During the meetings participants will relay information about previous work and discuss and plan future work. Brainstorming will be done and best practices shared. Between meetings participants will share articles connected for gender and equality in preschools and exchange other relevant information. The project progression and success will be measured in the beginning, middle and end of the project with questionnaires as well as throughout the project through a focus group at each individual preschool. All information at the transnational meetings will be recorded in meeting minutes and relayed through the project website on eTwinning. The expected results of the project are more aware and informed staff on issues of gender and equality, and work that is specifically aimed at dismantling stereotypes and being norm critical. Gender mainstreaming is also an expected outcome, along with tools to help carry out consistent gender equality work. The preschool students are expected to become more aware of gender norms and to question and defy them. Parents and caregivers are also expected to become more aware of gender norms and to support their children in stepping outside gender boundaries. Potential long term benefits, and one of the main goals of the project is to change how gender is viewed in society and the impact it has on individuals, bringing about more freedom from gender constraints and more equality on a whole. 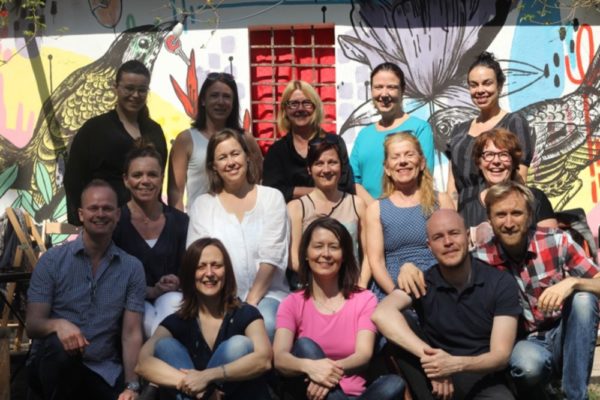